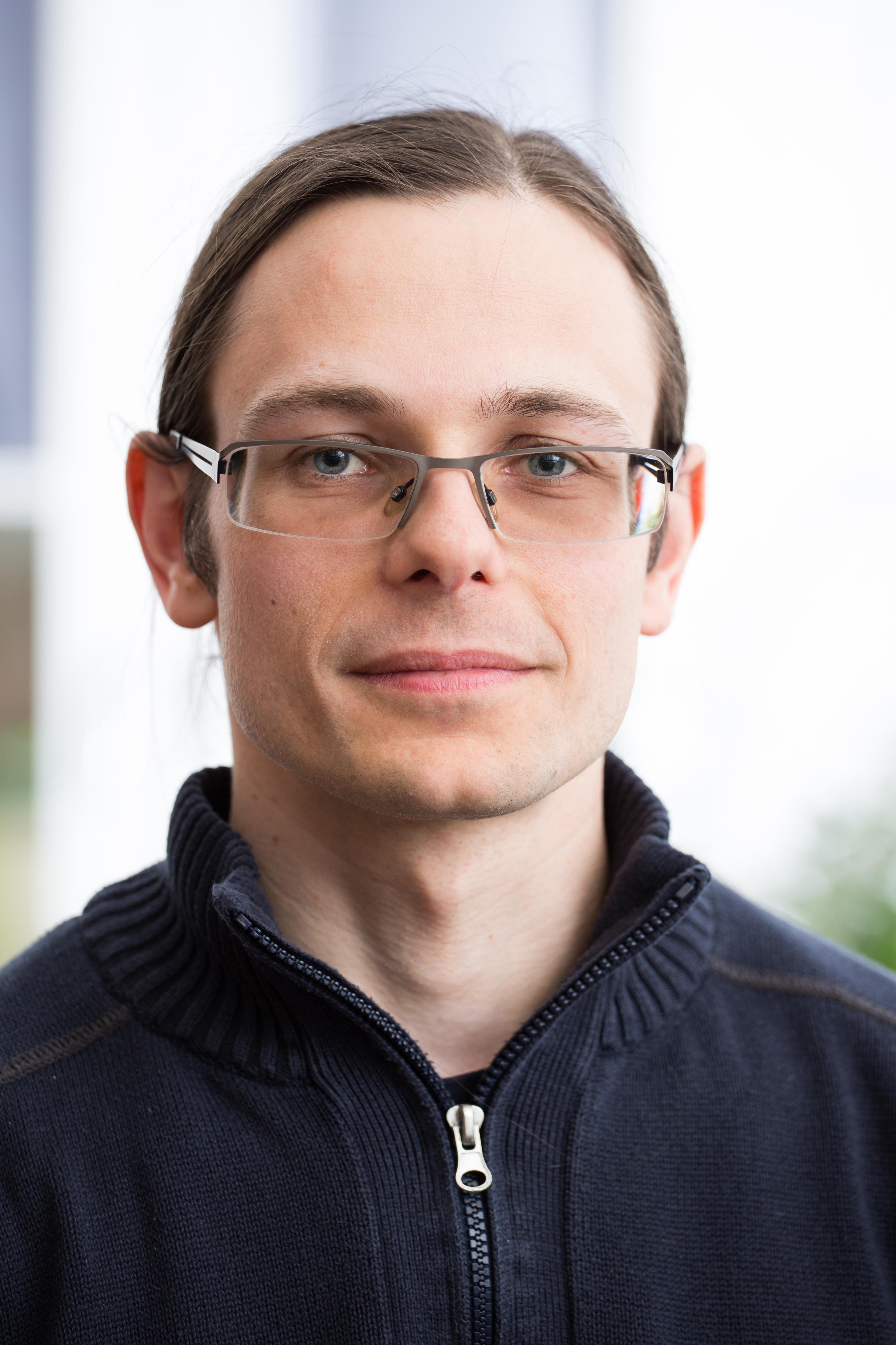 Christoph Steup is a Post-Doc and project manager at the Otto-von-Guericke University in Magdeburg. He studied computer science with an emphasis on electrical engineering in Magdeburg and at the KTH in Sweden. After receiving his diploma, he started  working on Wireless Sensor Networks and Distributed Robotics in 2011 and published papers in the field of distributed sensing, time synchronization in WSN and efficient programming of embedded devices. Apart from his research he supervises student teams entering competitions in the RoboCup and the Carolo Cup. He finished is Ph.D in 2018 and is now handling the theoretical and practical swarm robotics research in the "SwarmLab" of the Otto-von-Guericke University. In the lab he works on locomotion, self-organization, distributed sensing and distributed behaviour of swarms of air and ground robots.

The RoboCup is an annual multi-competition combining different robotic challenges in the form of leagues. The RoboCup @Work league is focused on industrial processes as envisioned for Industry 4.0 scenarios like autonomous path planning and movement of mobile platforms, as well as object detection and manipulation. Additionally, the competition enforces the teams to handle risks and optimize their robots for speed.

The RoboCup @Work Team of the OvGU is called "robOTTO". The team exists since 2012, but switched from the RoboCup Logistics League to the RoboCup @Work League in 2015. Since then, the team competed very successfully in the competition, finishing as Vice-Wold Champion twice (2017 and 2019) and also winning the Arbitrary Surface Challenge in 2018. In the virtual WorldCup in 2021 the team achieved the 3rd place.

The team is led by Christoph Steup and Martin Seidel and is composed of students, alumni and employees of the Faculty of Computer Science, Mechanical Engineering and Electrical Engineering of the OvGU.

The CaroloCup is an annual competition organized by the TU Braunschweig. The goal of the competition is to develop, build and test autonomous vehicles in 1:10 scale. The cup is a pure student competition and divided in a basic and a master cup.

The CaroloCup team of OvGU is called "oTToCAR" and competes in the competition since 2014. The team achieved 2nd place in their first year in the Junior Cup. In the following years the team was also successful with multiple 4th places in the basic cup. Currently, the team is led by Michael Albrecht and Sören Meißner and supervised by Christoph Steup.