In July, Sanaz and Heiner visited the Doshisha University in Kyoto, Japan. During this visit we had very constructive exchange with professor Tomo Hiroyasu and his lab members.  Michael Mera, our Master student who is currently working there, gave a talk about his master thesis. 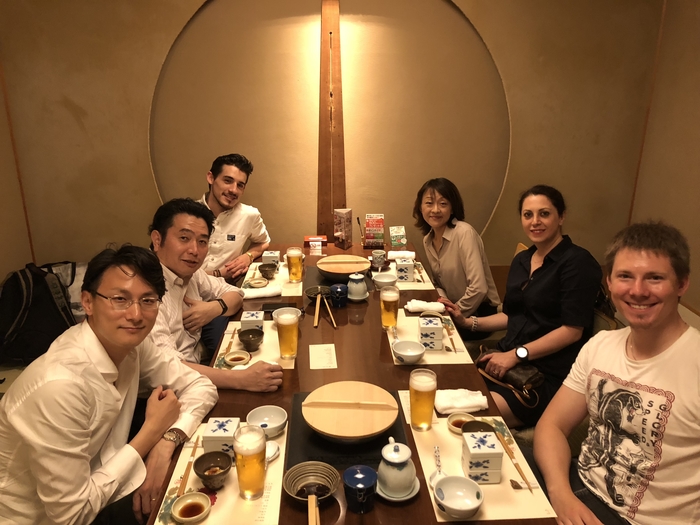 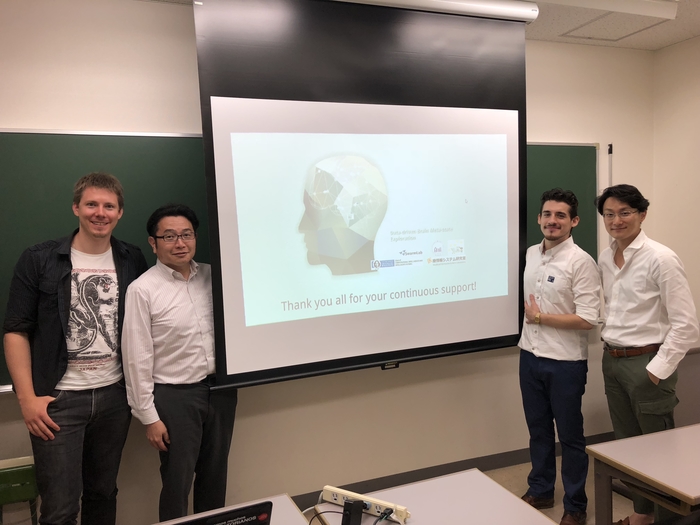 Back from the worldCup and our team got the 4th place :-) 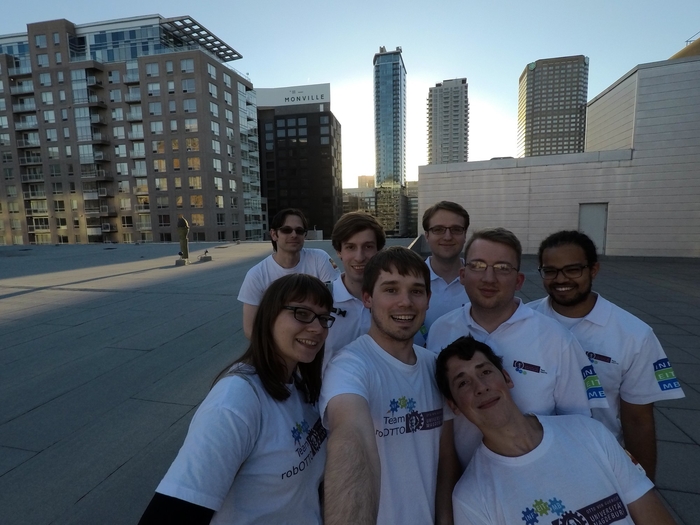 Sanaz is appointed as the member of the advisory board on digitalization by the Ministry of Economy, Science and Digitalization, State Sachsen-Anhalt, Germany: 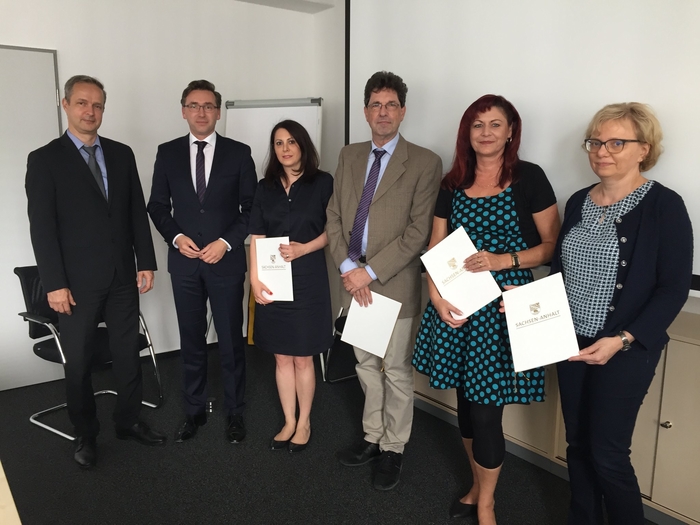 Christoph and Sanaz visitied the university of New South Wales in Canberra in May 2018. This research visit was financially supported by DAAD. 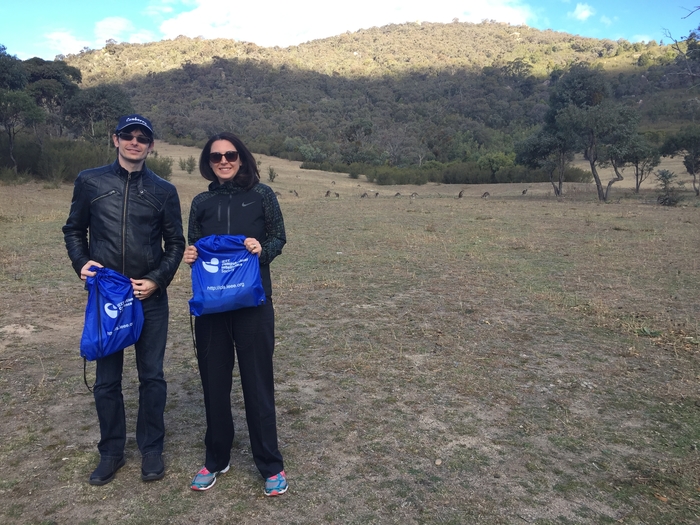 More information including source codes can be found here:

Our RoboCup Team got the third place at the GermanOpen 2018: 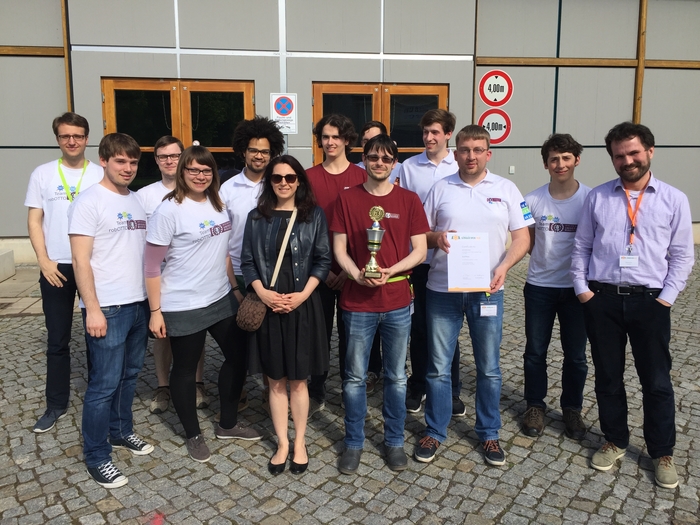 The mayor of city Magdeburg, Dr. Lutz Trümper, invited the team and honoured their achievement at the WorldCup 2017 in Japan where we got the second place: 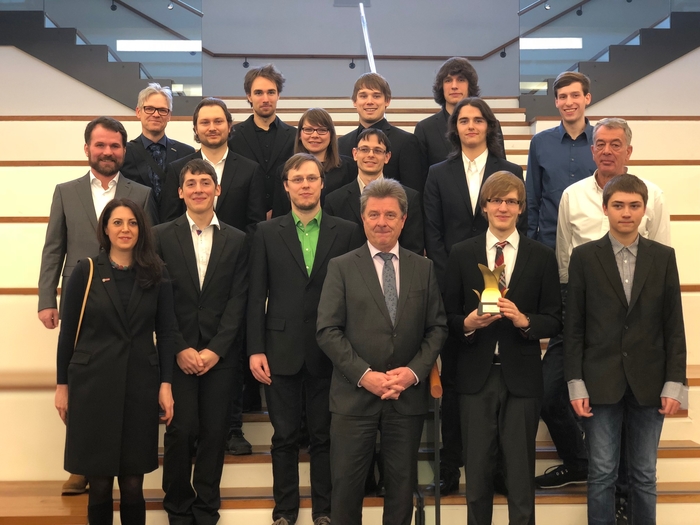 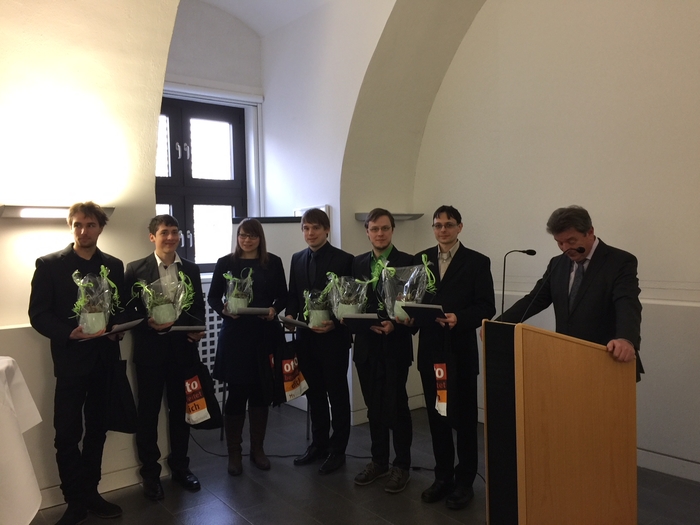 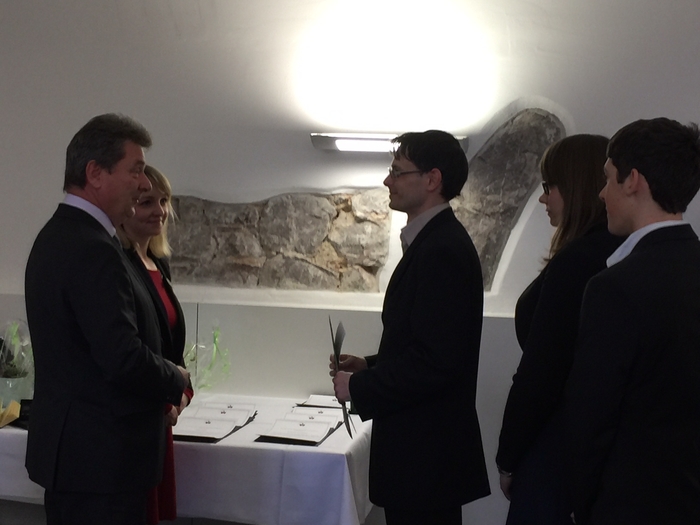 Take a look at the new videos of our RollingSwarm Spheros - impressive results :-) 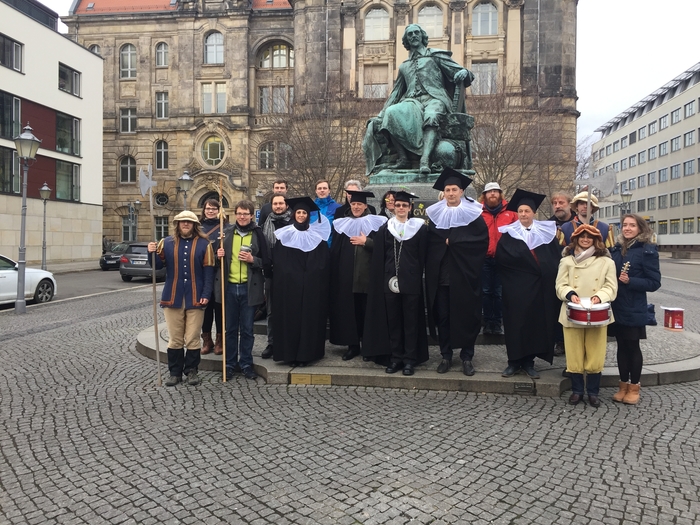 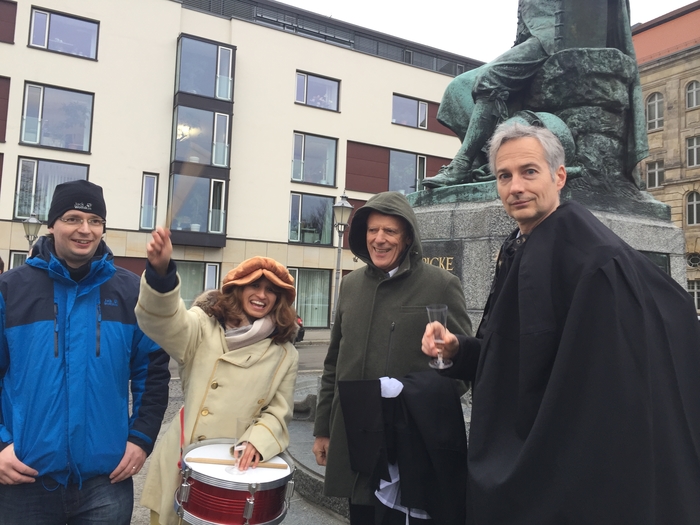 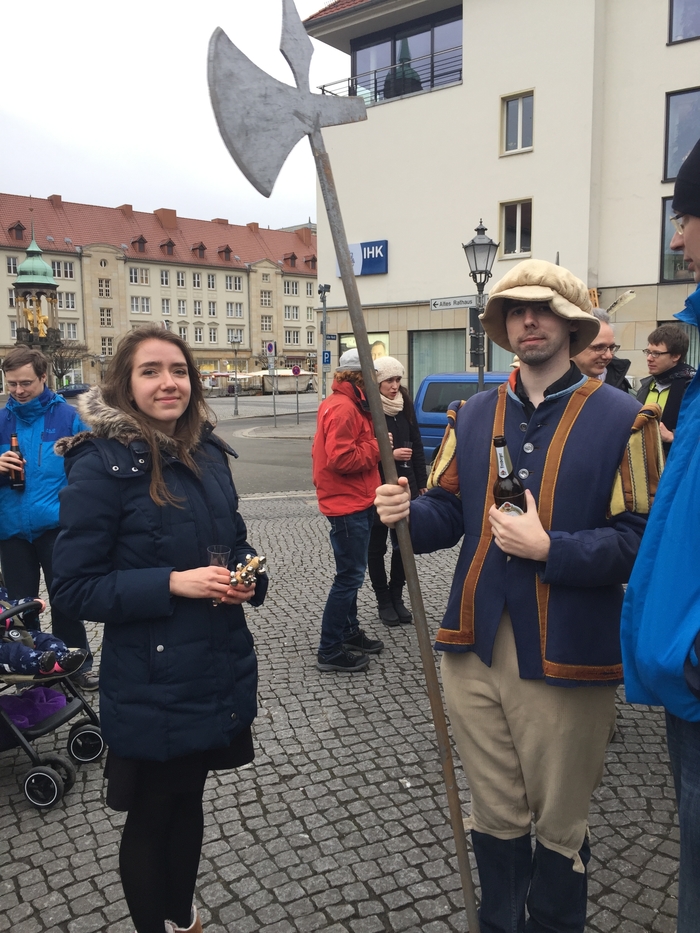 Heiner successfully presented his PhD topic at the Doktorandentag 2018 and received the award for the best presentation. Congratulations! 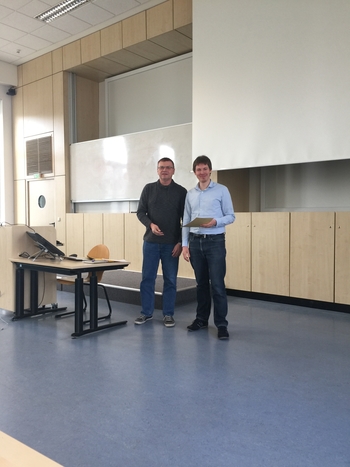 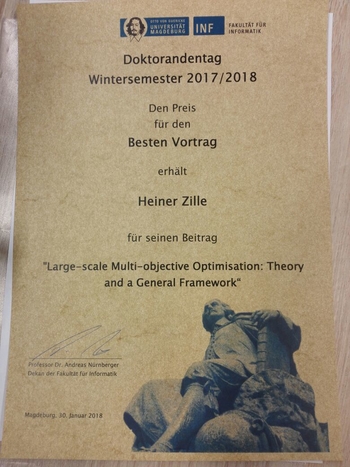 Look at our newest video of fully autonomous and stable indoor hovering without positioning system:

The Chair of Computational Intelligence is the official partner at the Gender X Informatik Project, which is being funded by the ministry of science (BMBF). The goal of this project is to study the influence of the research in computer science on the society and particularly on the gender relevant issues. The first workshop (in Magdeburg) will be organized on 14th December:

Sanaz gave a keynote speech about Multi-Criteria Optimization and Decision Making in Dynamic Environments at the 11th International Conference on Simulated Evolution and Learning which took place at SUSTech (Southern University of Science and Technology of China) in Shenzhen China. 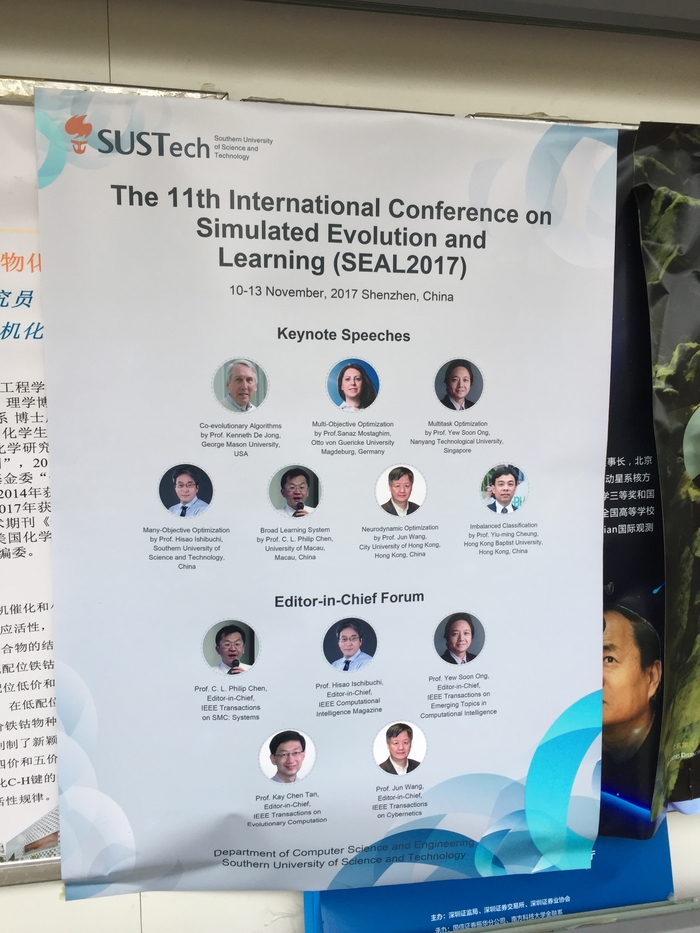 The executable file for the LiquidSwarm Simulation is now available here: 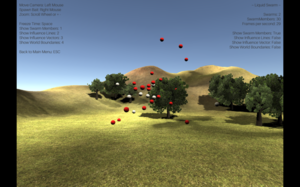 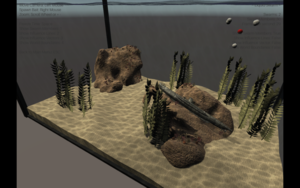 Festive events on the occasion of the 65th birthday of Prof. Dr. Rudolf Kruse 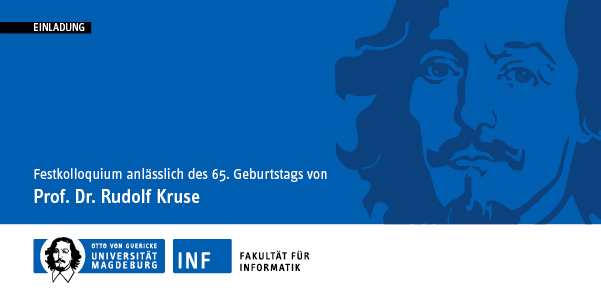 The students of our CIG Course got several prizes at the international competition in Computational Intelligence in Games which was announced last week at CIG 2017 Conference in New York.

In this competition which was part of the requirements for the course Computational Intelligence in Games SS17, the students have worked on AI methods for the PacMan Game. The competition had two categories: MS. Pac-Man Track and  Ghost Team Track. In both categories, our students could win some prizes. 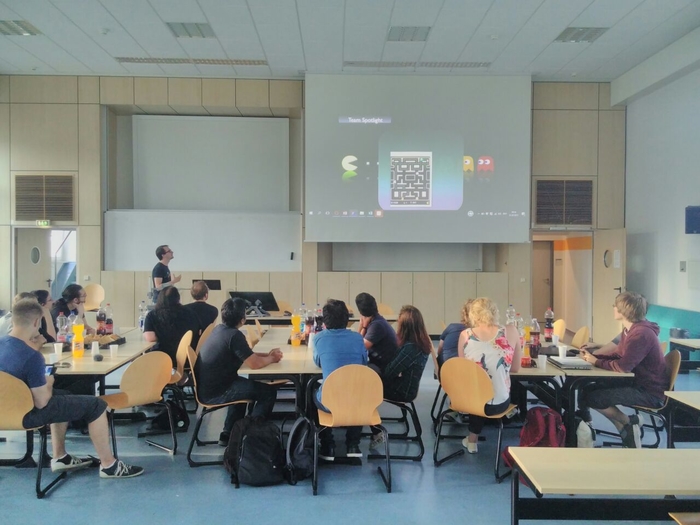 picture from the internal OvGU competition in July 2017

Our RoboCup-Team got the 2nd place at the WorldCup in Japan :-) Thanks to the hard teamwork in the last days, weeks and months. 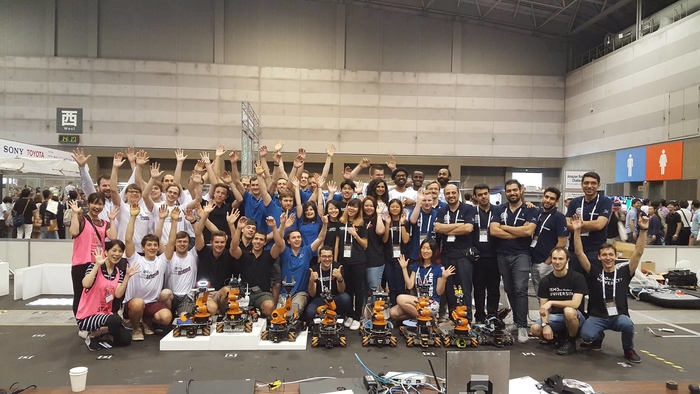 The grades are online. During checking the exams, - as usual - we discovered some nice piece of art and poetry :-) 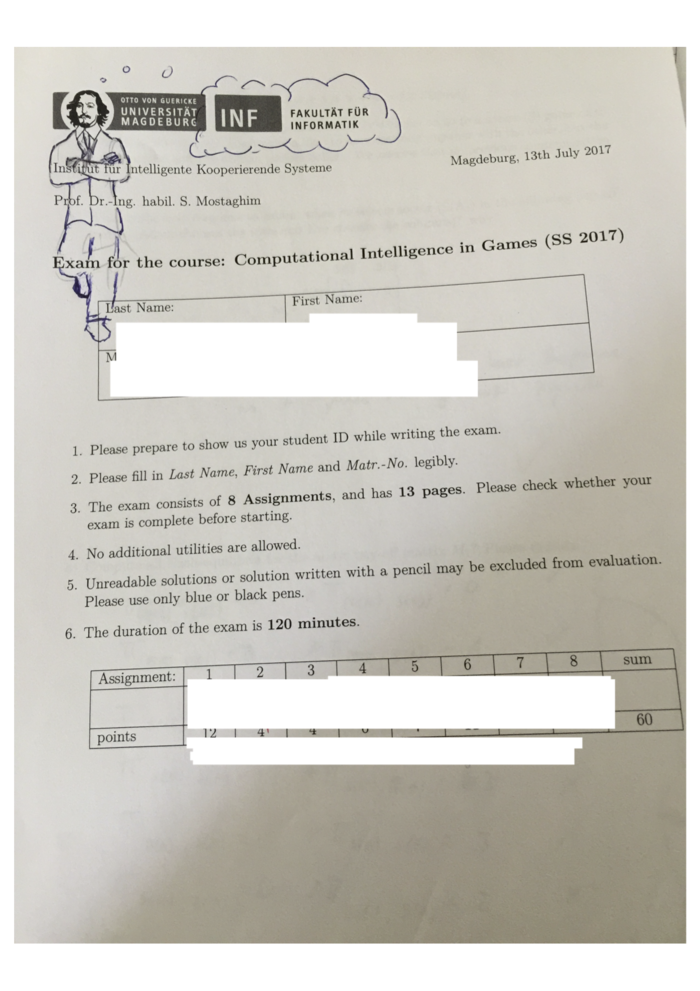 On Wednesday 19 July Prof. Kalyanmoy Deb will give a talk at our research group:

Abstract: Optimization methods and practices are around for more than 50 years, but they are still criticized for their "curse of dimensionality". In this talk, we shall look at a specific large-dimensional integer-valued resource allocation problem from practice and review the performance of well-known softwares, such as IBM's CPLEX, on the problem. Thereafter, we shall present a population-based heuristic search algorithm that has the ability to recombine short-sized building blocks, despite having overlapping variable linkage, to form larger-sized building blocks. The process is eventually able to solve a billion-variable version of the problem to near-optimality in a polynomial computational time, making the application one of the largest size optimization problems ever solved.

Bio-sketch of the Speaker:
Kalyanmoy Deb is Koenig Endowed Chair Professor at Department of Electrical and Computer Engineering in Michigan State University, USA. Prof. Deb's research interests are in evolutionary optimization and their application in multi-criterion optimization, modeling, and machine learning. He has worked at various universities across the world including IITs in India, University of Dortmund and Karlsruhe Institute of Technology in Germany, Aalto University in Finland, University of Skovde in Sweden, Nanyang Technological University in Singapore. He was awarded Infosys Prize, TWAS Prize in Engineering Sciences, CajAstur Mamdani Prize, Distinguished Alumni Award from IIT Kharagpur, Edgeworth-Pareto award, Bhatnagar Prize in Engineering Sciences, and Bessel Research award from Germany. He has been just awarded IEEE CIS's "EC Pioneer Award". He is fellow of IEEE, ASME, and three Indian science and engineering academies. He has published over 475 research papers with Google Scholar citation of over 100,000 with h-index 102. He is in the editorial board on 20 major international journals. More information about his research contribution can be found from http://www.egr.msu.edu/~kdeb.